DazPix was asked to create the Title Sequence and a bevy of maps and programme graphics to help explain the stories told in this epic documentary series. Featuring some of the most famous, daring and dangerous Blackops special forces missions from the past 50 years. Operation Certain Death, Operation Thunderbolt and more……. The main title sequence starts in the Special Forces HQ control room, we see SAS, Delta Force and other special units waiting for their commands. The tension builds as the yellow and then red alert lights flash, the mission is go and the soldiers jump and rope out of the chinooks and aircraft to undertake their grim tasks.

Below is the original storyboard, the final 25sec titles version and a compilation edit of some of the maps and programme graphics 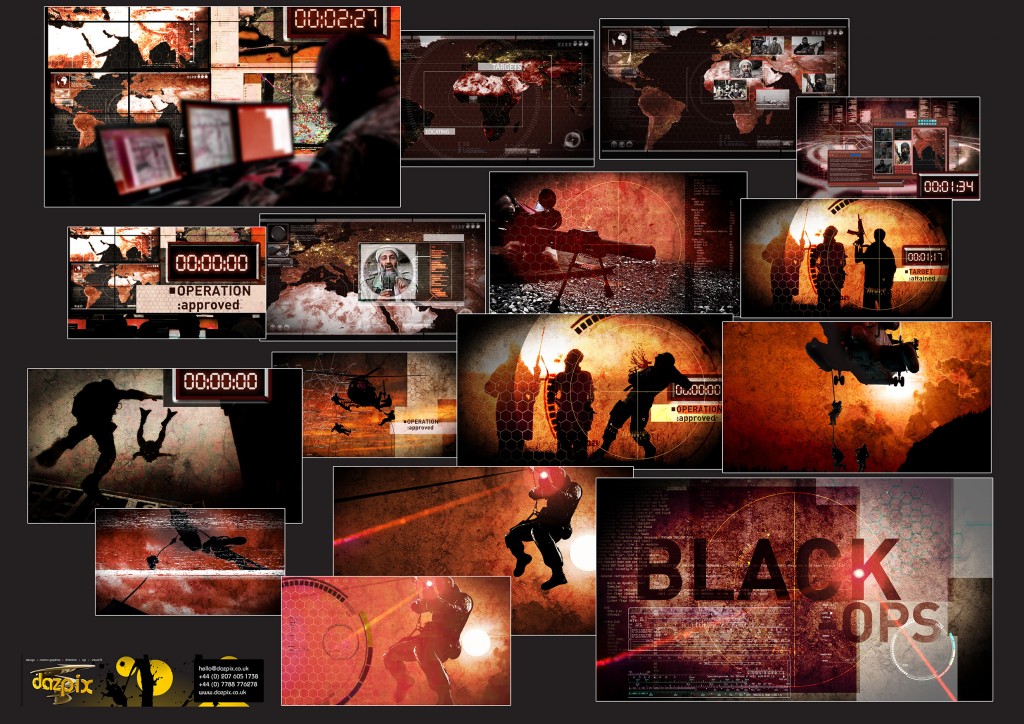