Written, Designed, Directed and Post Produced by DazPix, this music video was a fun filled 3 day shoot. A day around derelict areas of Clerkenwell and then Brick Lane, then a great days shooting around the Camden canal, before a final day in the greenscreen studio with the crane and dolly. The footage was all 16mm film and was transferred and graded on an Ursa Diamond Telecine. Once the footage had been edited on Avid Composer at Cut and Run, the visual effects and compositing began. Along with all the greenscreen keying and background animation, the plasma ball, cctv, screen comps and holographic effects were created in Autodesk Discreet Flint. 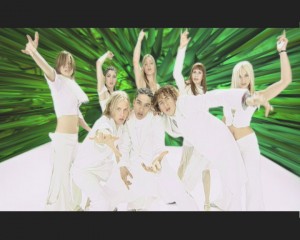 Bless'd the band at the end of the Booo music video