This series is based upon exceptional access to the FBI’s previously secret files on the Mafia. The FBI in Washington has offered this access to World Media Rights based on their handling of the material which they released to WMR for the series about forensic analysis; The Science of Crime. The Mafia’s Greatest Hits uncovers the extraordinary truth behind some of the Mafia’s most notorious killers. Designed and Directed by DazPix, After Effects by Jun Iwakawa, Music by Audio Network and Sound Design & Final Mix by Clear Cut Pictures.

Below is the storyboard and finished sequence. 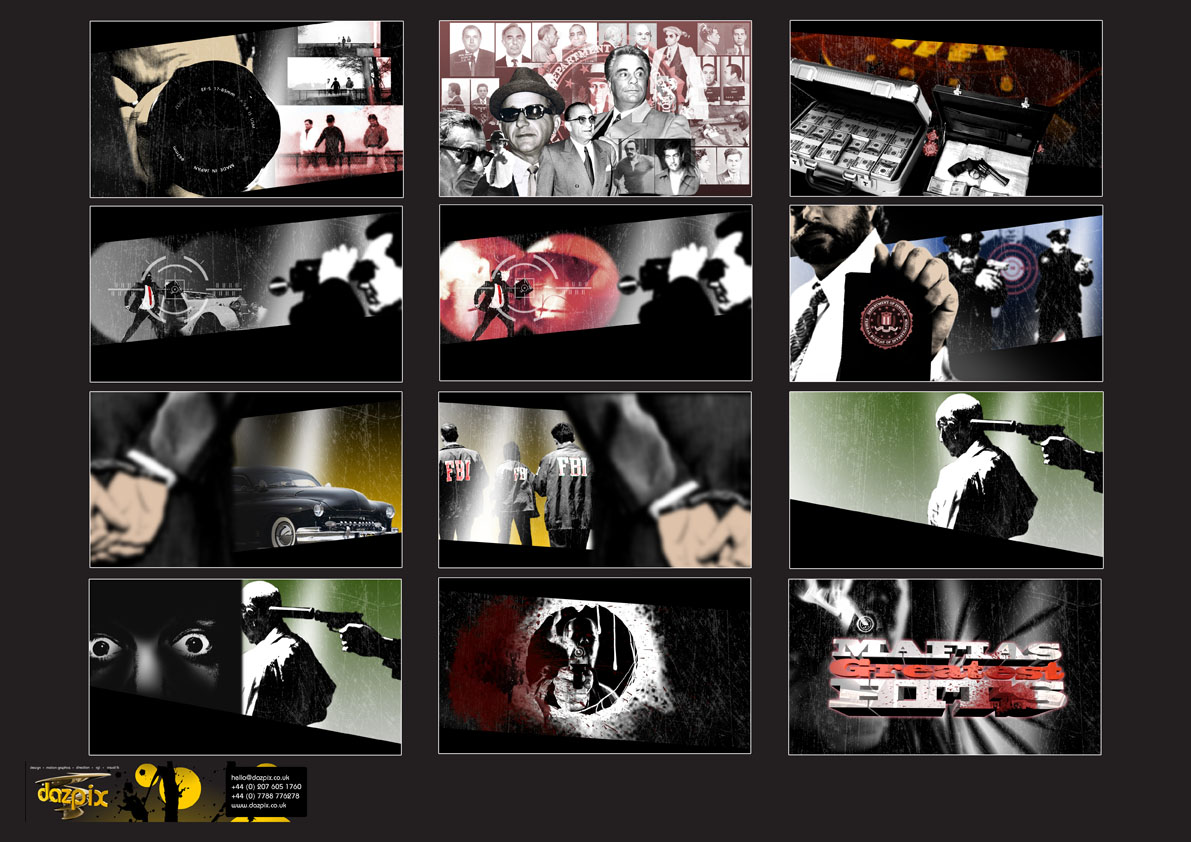