UK version of the hit American series that gives the lucky participants the chance of the makeover of a lifetime from the country’s top specialists, including a plastic surgeon, cosmetic dentist and talented hair and makeup artists.
One of the most talked about shows featured Jade Goody’s mother Jackiey Budden, you can see her before and after shot below.

The sequence was created with Adobe After Effects, as was a plethora of programme graphics, including all of the stings, bumpers, straps, credits and most importantly the before and after screens where each part of the body that had been treated was highlighted with information graphics. 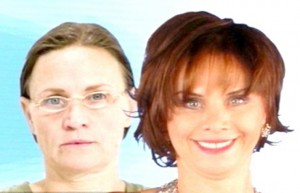