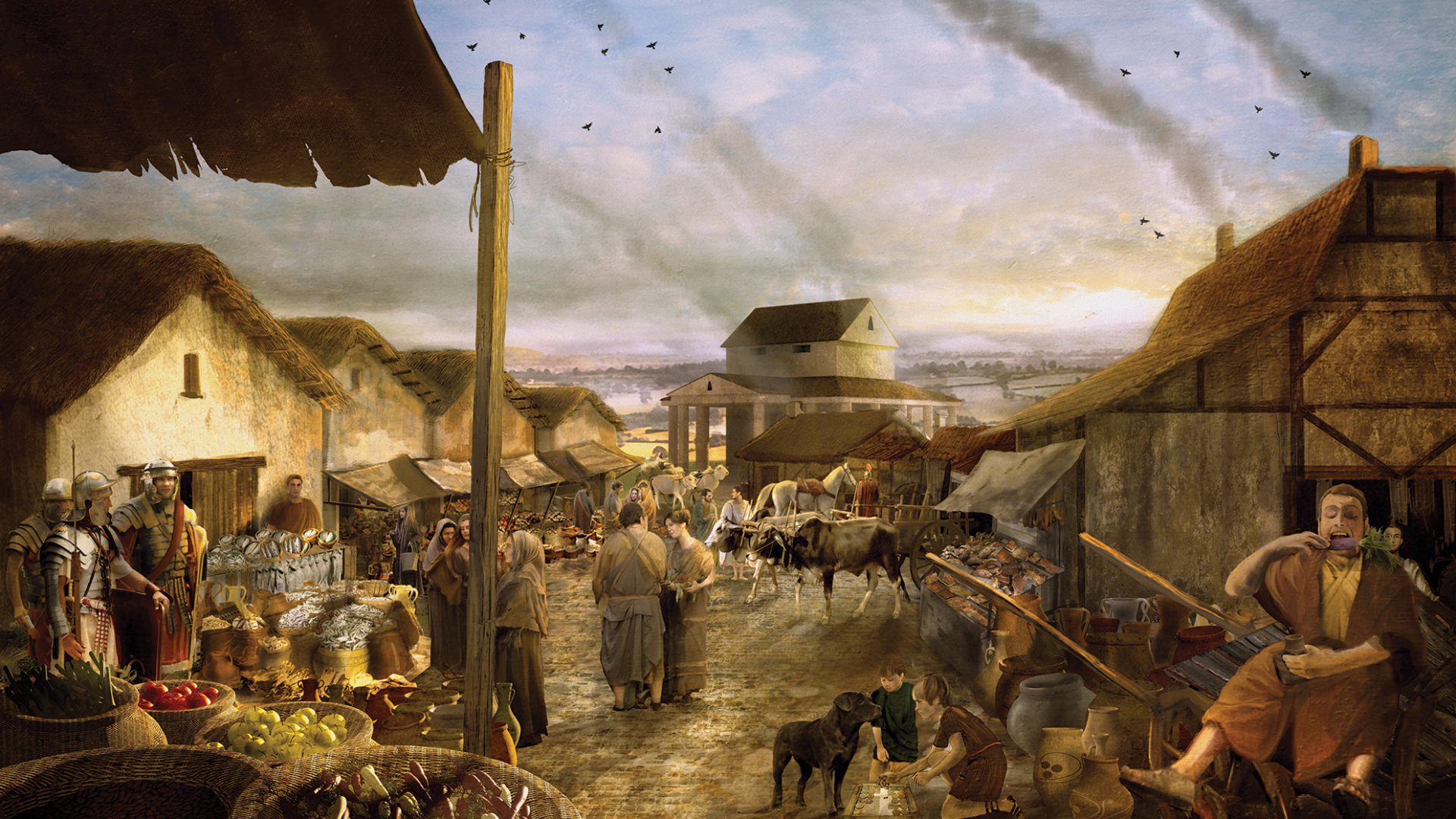 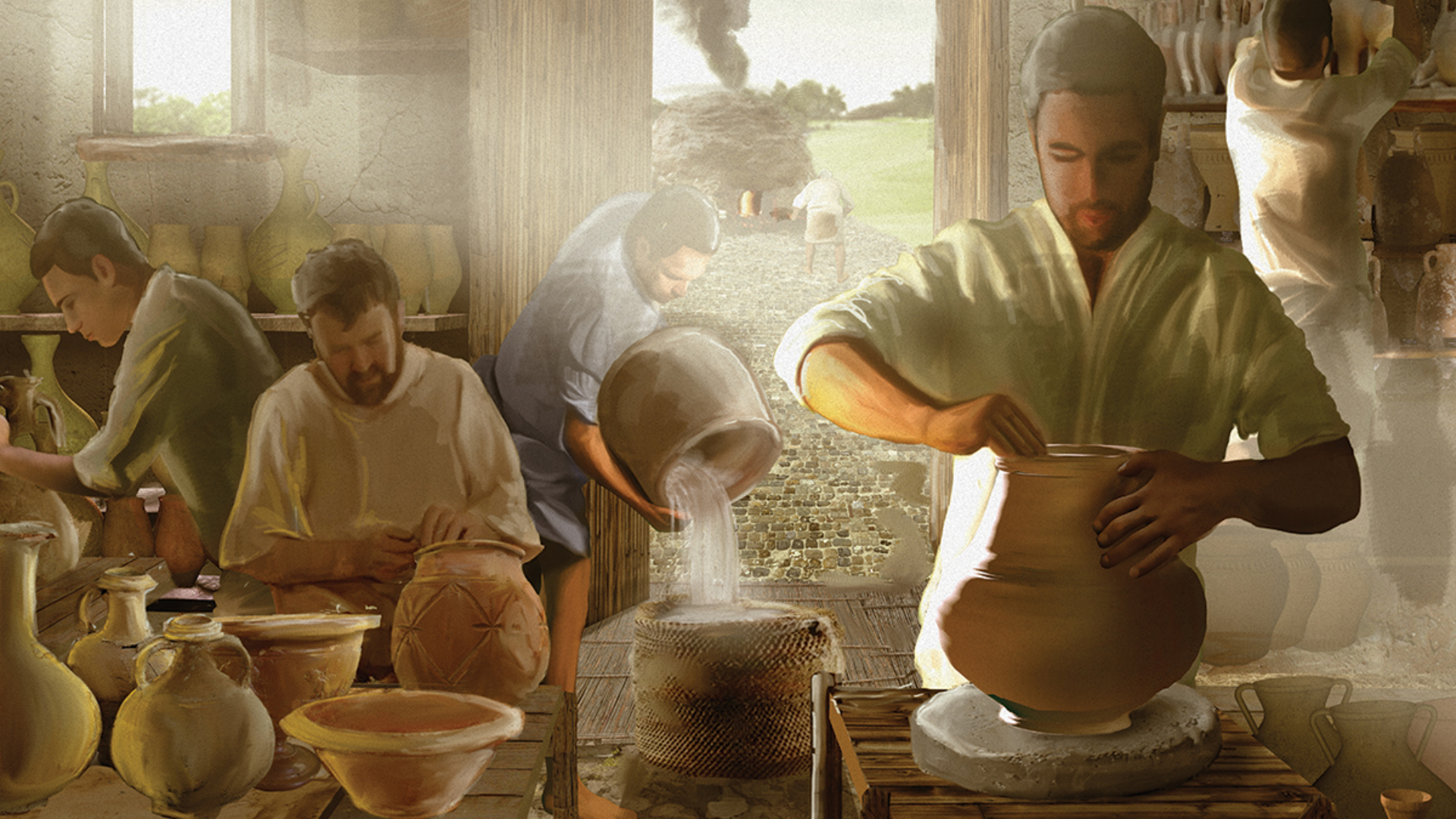 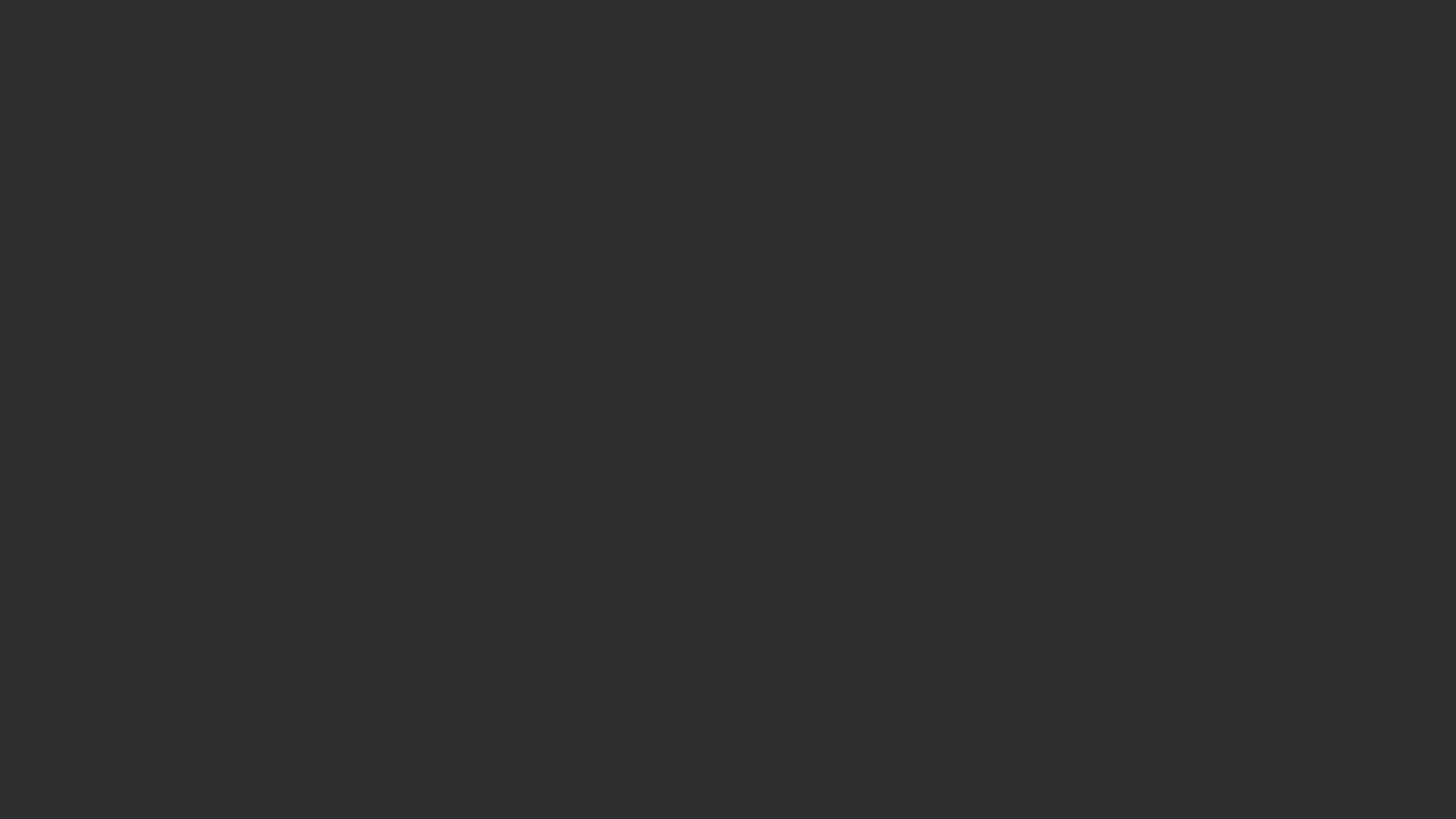 We were commissioned by Designmap to create 3 large scale re-constructive Illustrations for the ‘Romans Revisited’ exhibition in Peterborough to give an insight into life in the region during Roman times.

Using 3d cgi modelling, modern photography reference, hand drawn illustration and digital painting, ancient maps and a heavy dose of Photoshop the images were created with as much accuracy as possible.

The Nene Valley in Peterborough was favoured by the Romans due to its prime position for communications and rich natural resources. Settlement was centred on a town called Durobrivae, the remains of which are near Water Newton. Although the town has never been properly excavated, much can be told about its buildings through the evidence of aerial photography which shows streets, homes, workshops, markets and larger buildings including a possible amphitheatre, forum and temple complex.

Durobrivae was very important and the discovery of the Water Newton Treasure (the earliest church silver in the whole of the Roman Empire) further adds to the significance of the town. 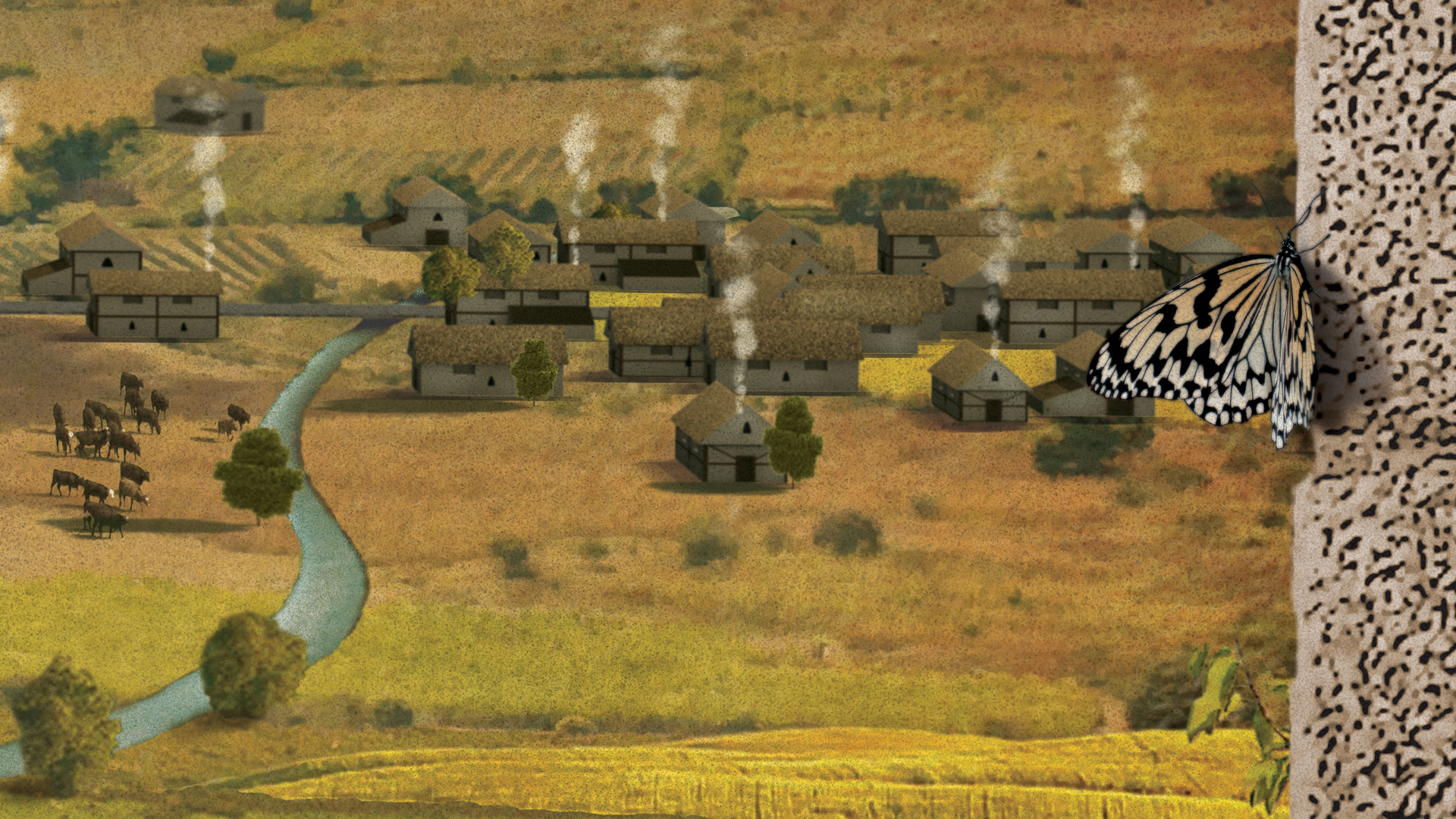 Detail of the foreground butterfly and outlying Durobrivae beyond 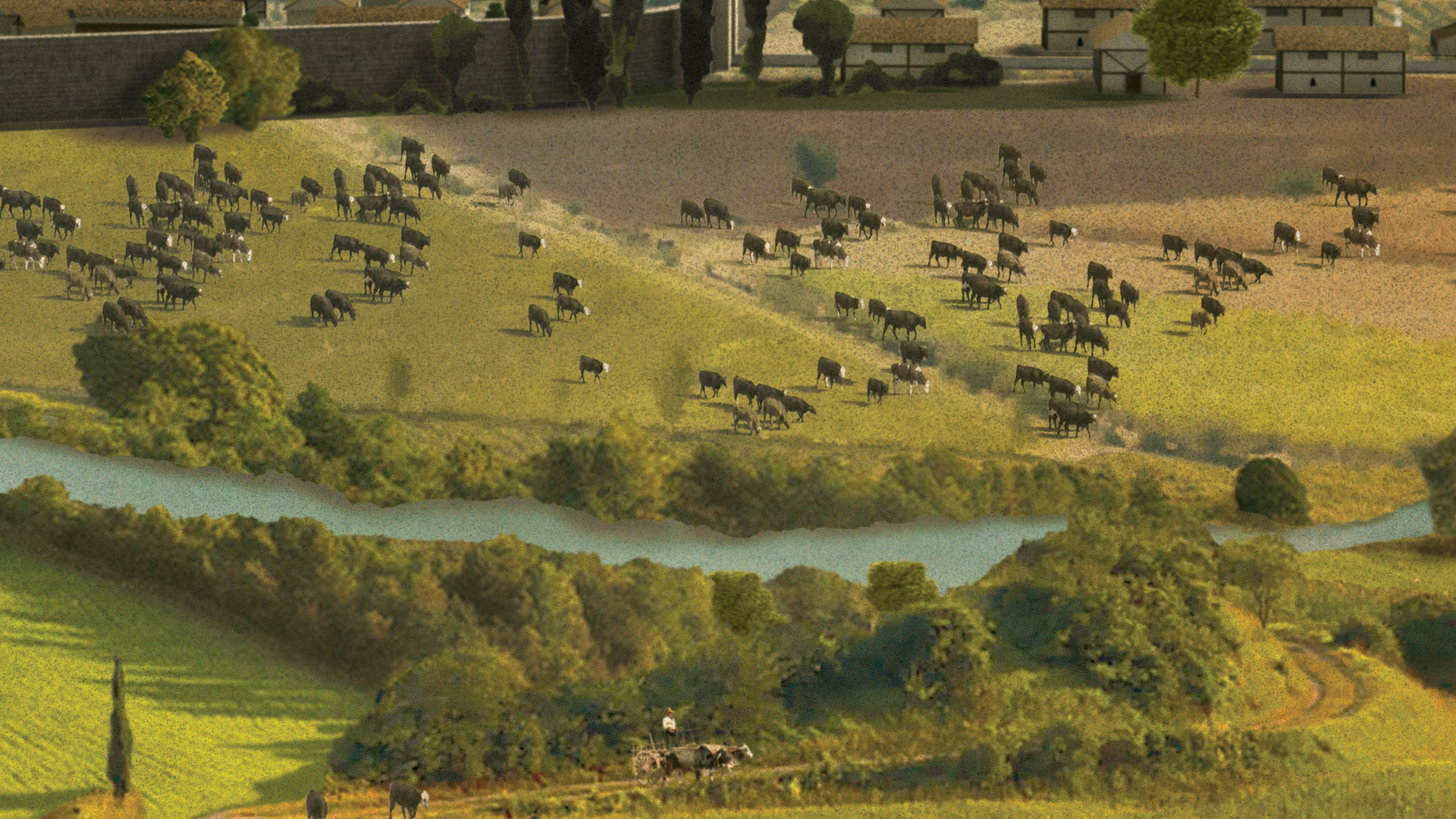 Detail of the walled Roman city of Durobrivae 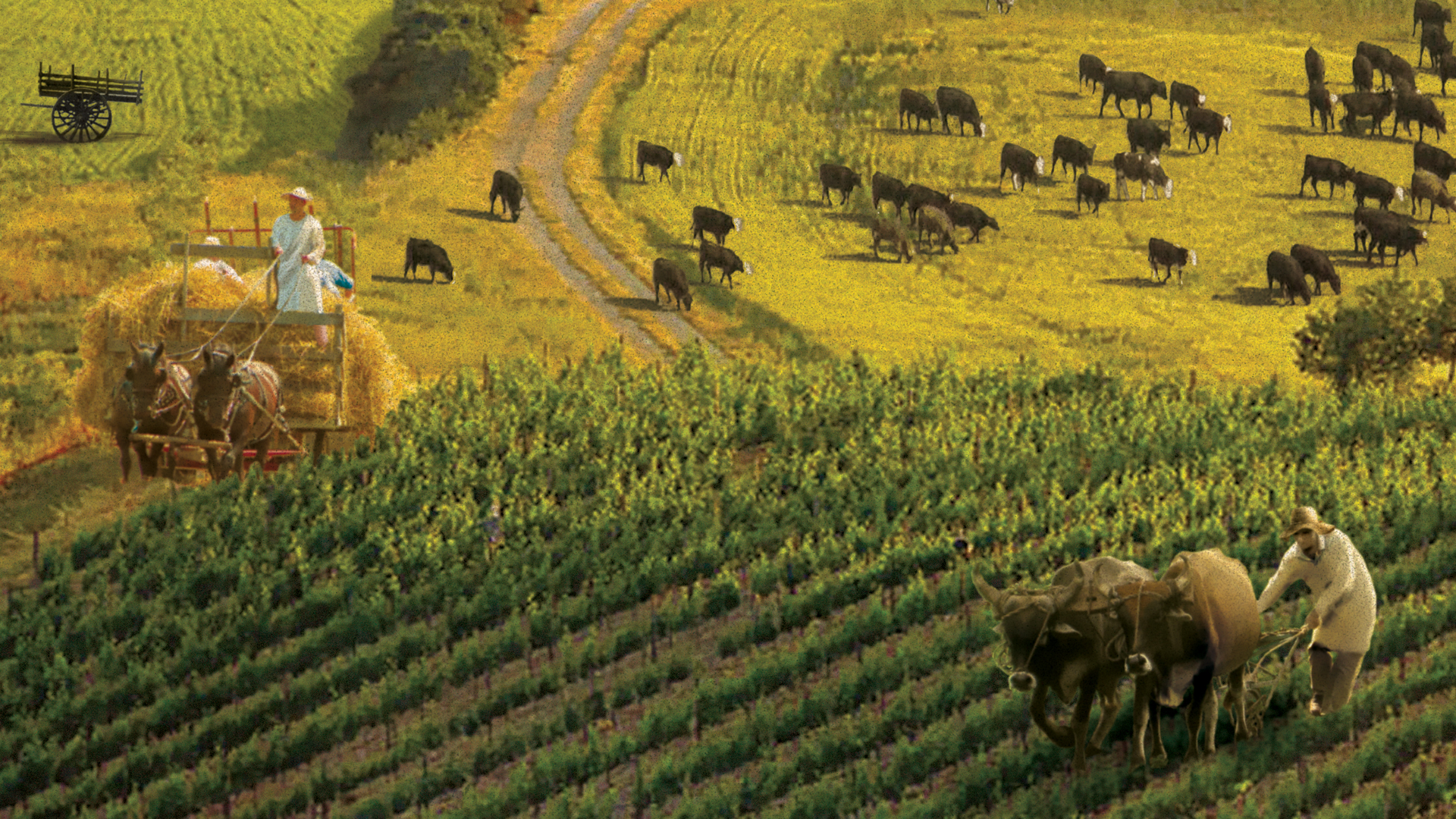 Detail of the farmers at work tilling the fields 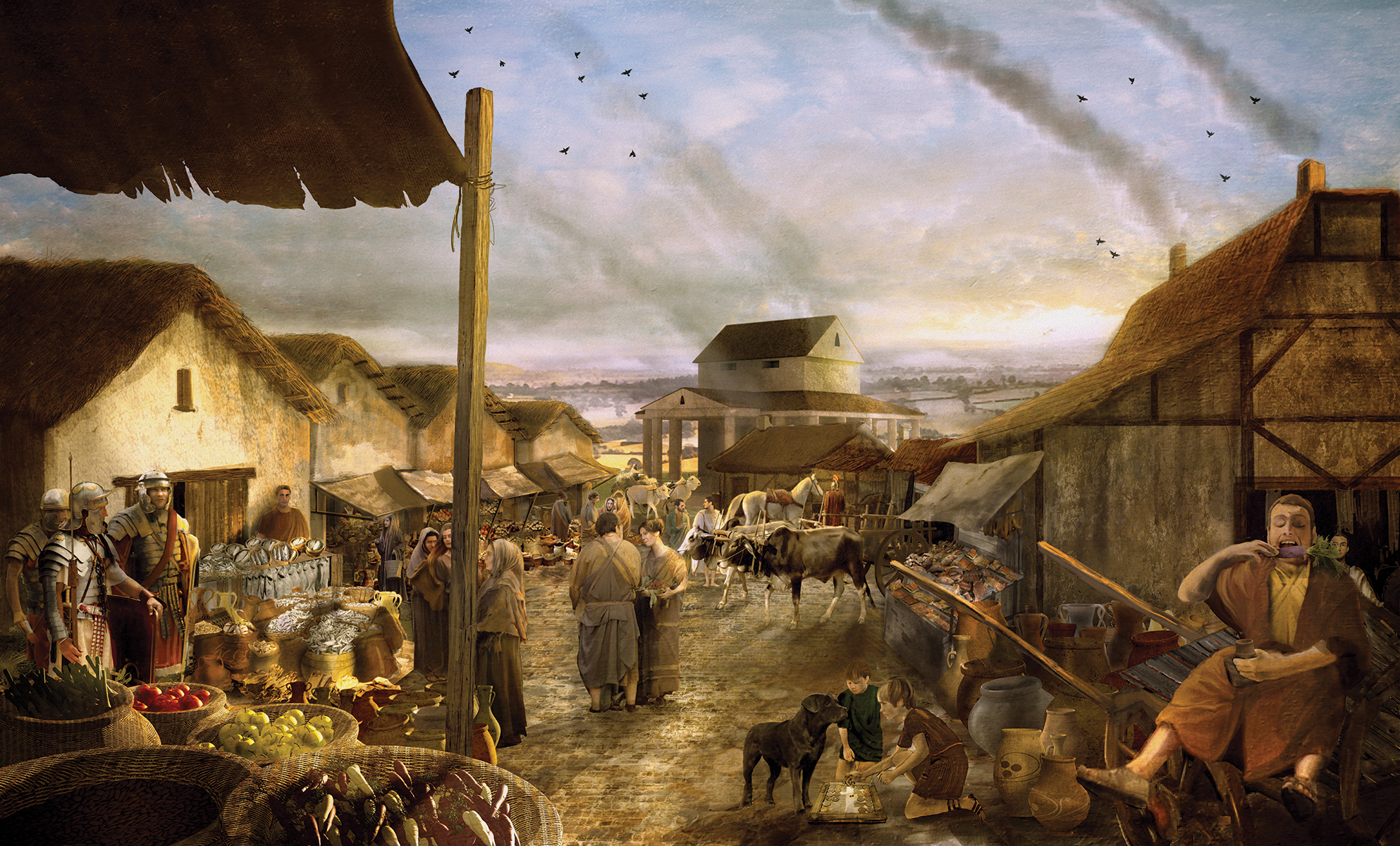 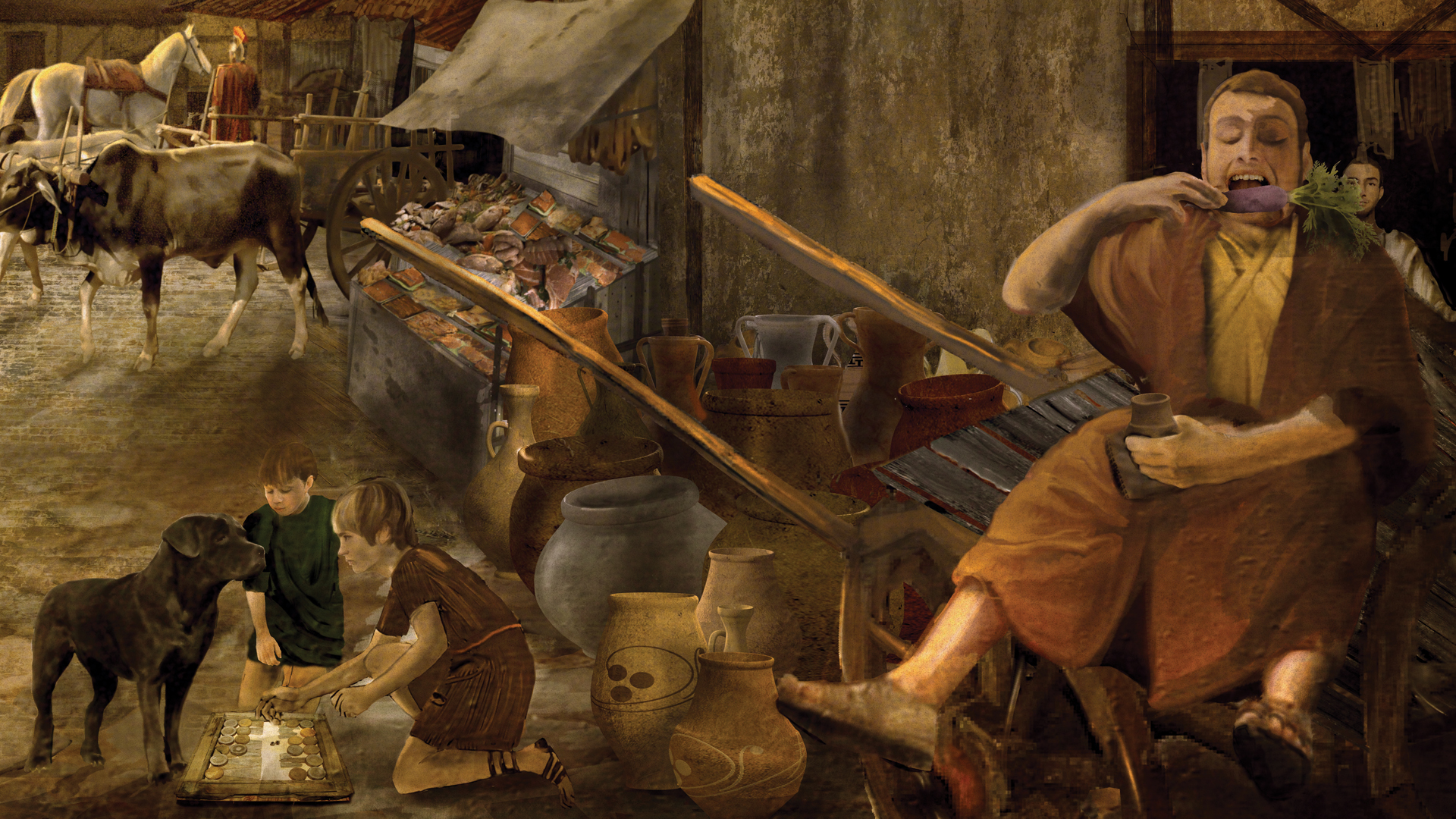 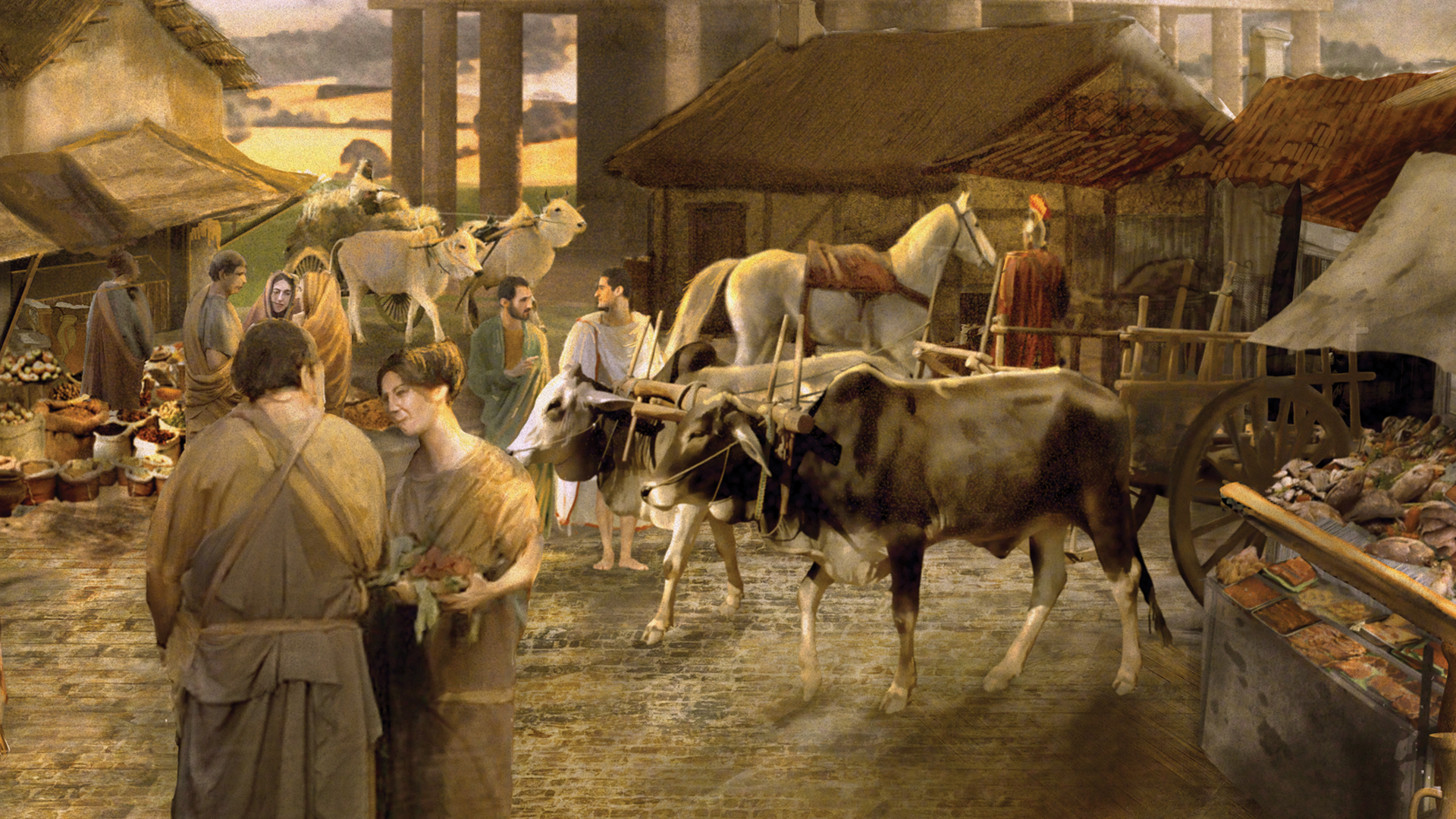 Detail of the varied populace in the busy Durobrivae market

Detail of the soldiers watching life passing by in the market 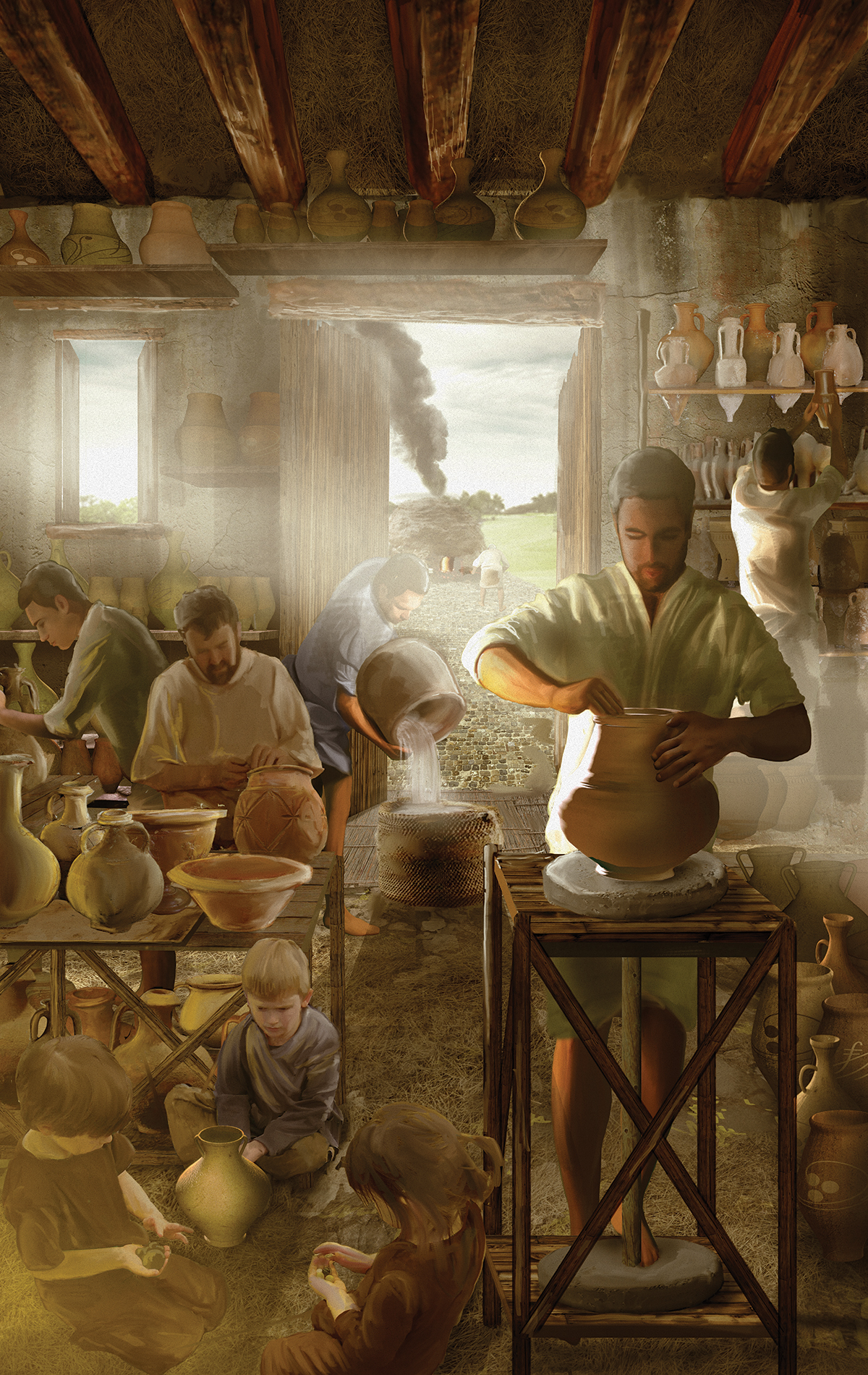 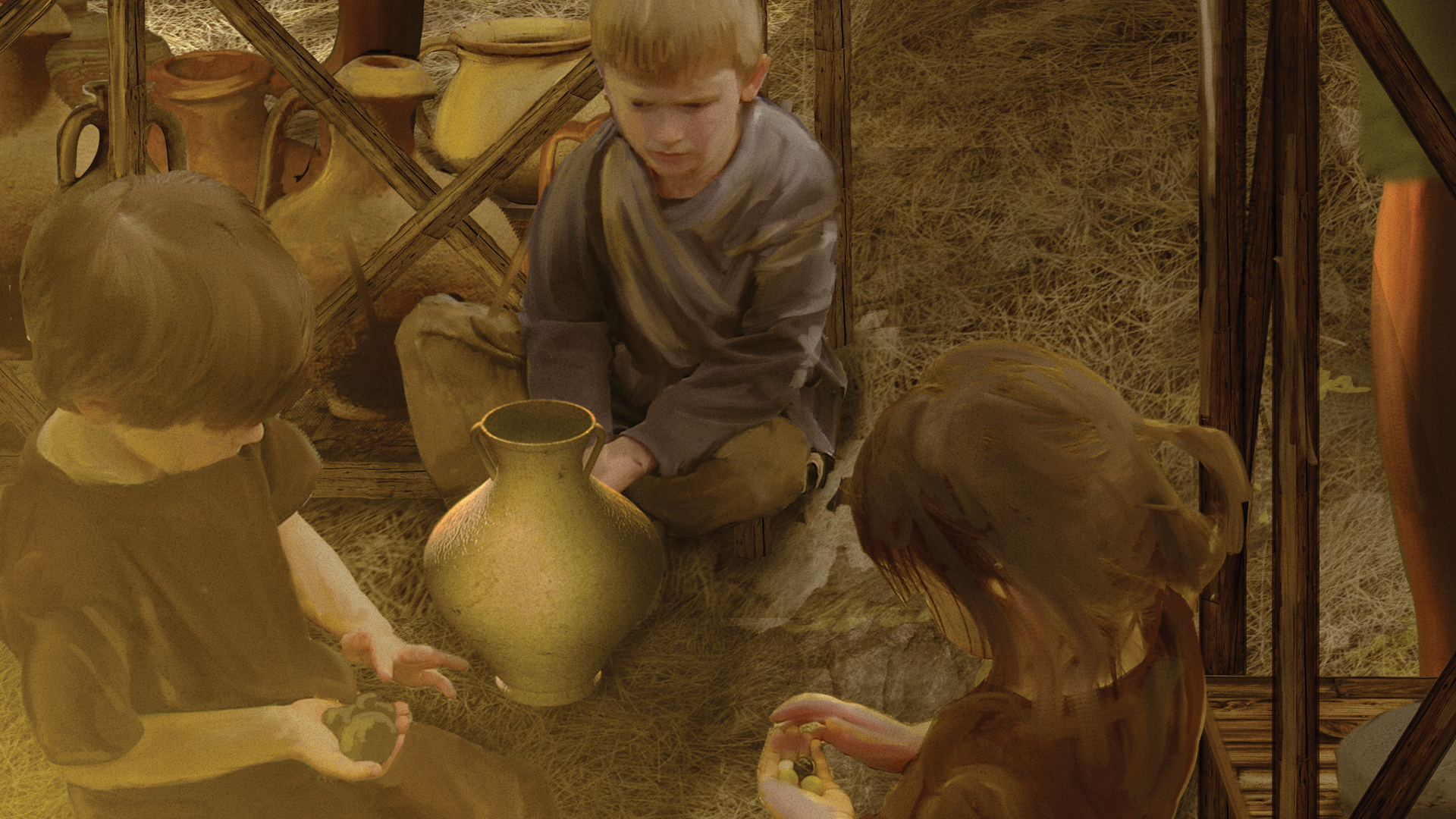 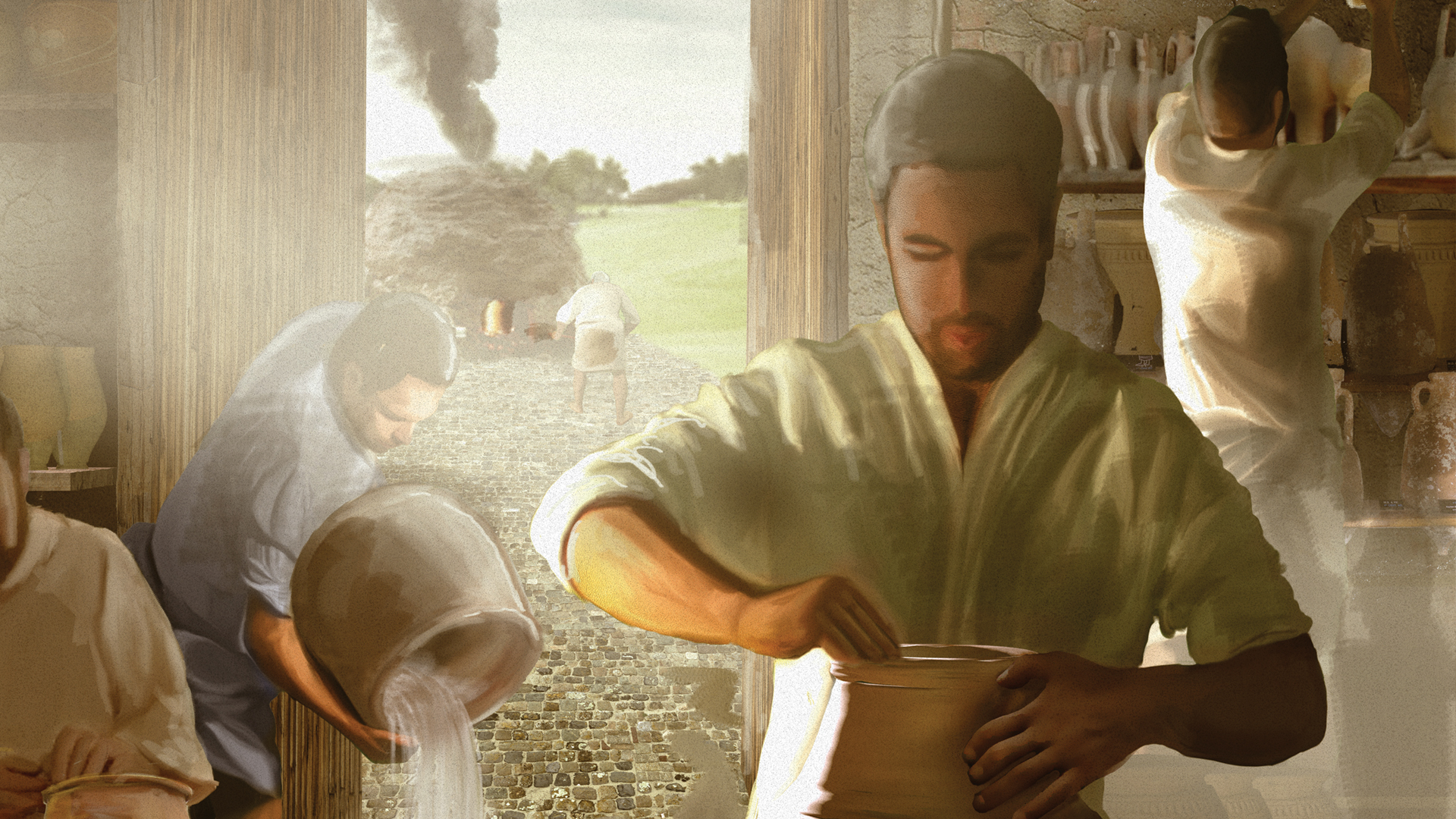 Detail of the master Potter 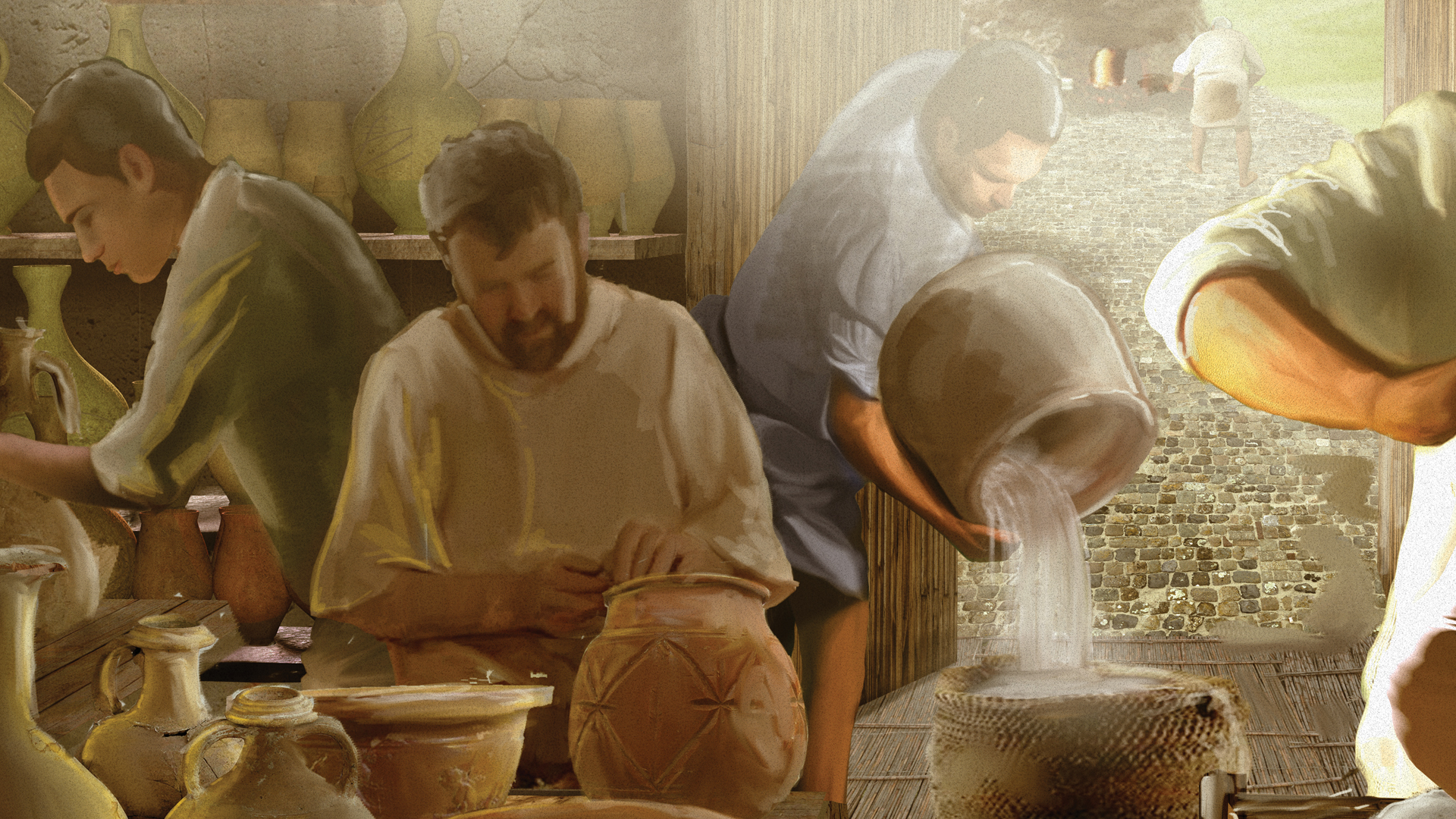 Detail of working life in the Durobrivae Pottery