DazPix was asked to create the titles and graphics package for the brand new 20-part series for BBC Two.

Melvyn Bragg retells the fascinating stories of life in Britain from 1900 to 1970 through the archive collections of the British Film Institute and other National and Regional Film Archives.

From coal mining via seaside holidays through to the 1977 Silver Jubilee, Melvyn reflects on the past hardships and simple pleasures of British life, as well as the enormous social changes that took place from the 1900s onwards. Travelling across the UK, Melvyn meets members of the public who appeared in the historic films featured in the series, and brings them face-to-face with their relatives with the help of a 1967 custom built vintage mobile cinema.

Melvyn Bragg said: “At the turn of the last century one invention changed the way we recall our history forever – the motion camera. Thanks to Britain’s pioneering film-makers, we can still glimpse a world long gone.”

How it was made – The grass and tree textured globe was built, animated and lit in Cinema 4D where the rotoscoped archive footage carefully made in After Effects was seamlessly looped and incorporated into the scene. Multiple render passes were then brought back into After Effects where the sky backgrounds, additional lighting effects and other animated elements were added. The whole sequence was combined with images of The Mobile Cinema which was shot on DSLR and treated, and end title animated before the final edit to the music score.

Aside from the Title Sequence, DazPix also created a fully 3d animated timeline of the decades, straps, stings, and wipes for the 20 part series.

Designed and Animated by DazPix 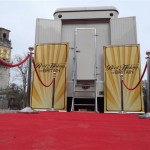 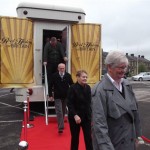 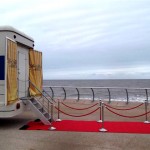 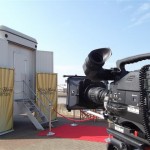