The Rise Of The Nazi Party

DazPix was asked to create the Title Sequence & Programme graphics package for the IMG / DISCOVERY Series – The Rise of the Nazi Party, which reveals how the National Socialists exploited the economic turmoil of their time, rose to power in Germany in 1933 and then led their nation into a nightmare of brutality, genocide and military defeat. This ten-part documentary series tells the true story of the rise of the Nazis through archive film footage, interviews and dramatic reconstructions and carries on the chilling story after the war to chart the current rise of the neo-Nazis.

Below is a the Titles Storyboard and the finished Title Sequence 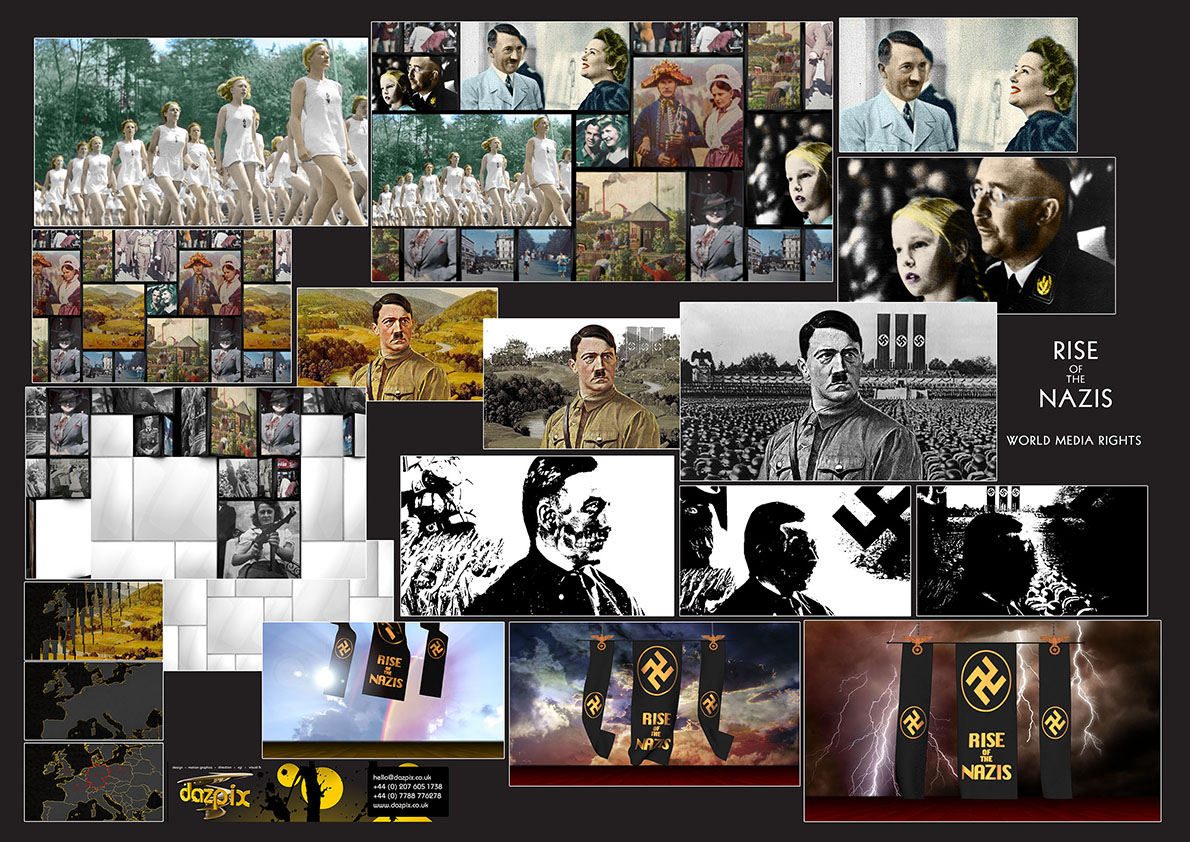