DazPix was asked to create a title sequence and large number of in programme graphics for the 10 part series on National Geographic Channel titled rather ‘male attention grabbingly’ Strippers. The Cars for Cash subtitle seemed a necessary afterthought.

The series is a very light hearted, fun show revolving around the concept of buying second hand classic cars, muscle cars, 4×4’s and more, followed by a 3 day stripping of every sale-able part both exterior and interior. The cast is made up of some great characters wheeling and dealing to outdo each other and make the most money. Designed and Directed by DazPix, After Effects and Cinema 4d by Darren Marshall, Sound Design & Final Mix by Clear Cut Pictures.

Below is the original storyboard which was never made, the revised storyboard and the finished sequence. 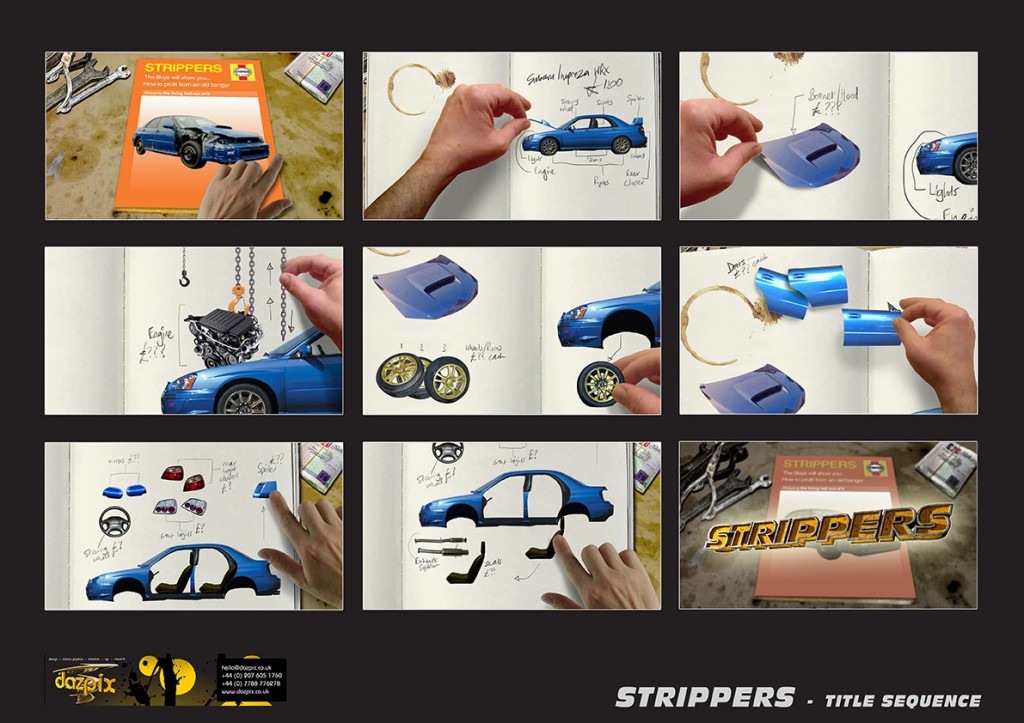 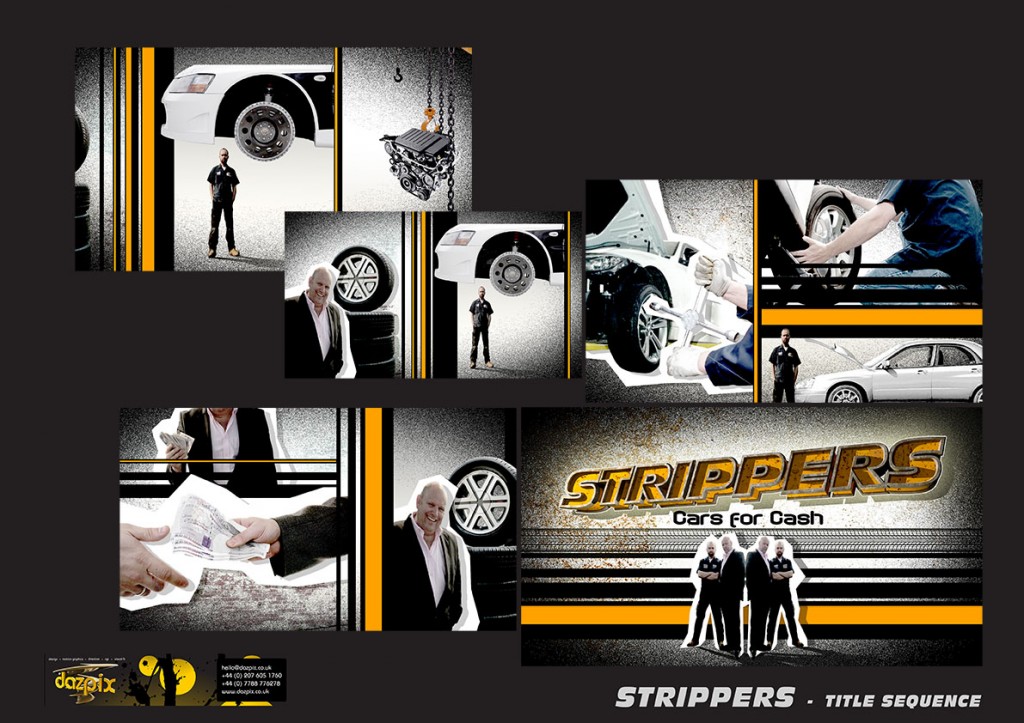